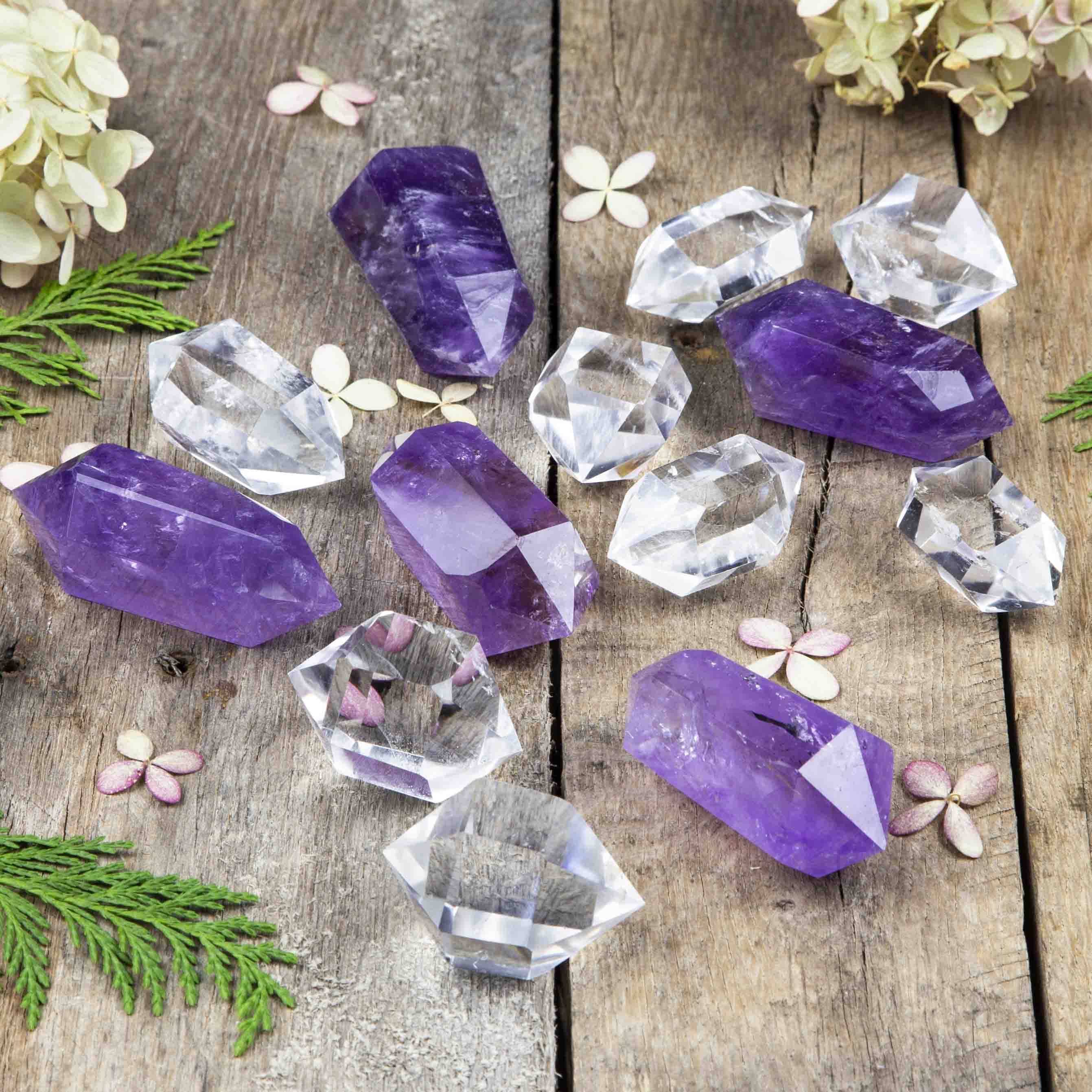 Terminated crystals are formed deep within the earth but have also been carved by human hands for centuries and used as tools for receiving and projecting energy and focusing intentions.
Single terminated crystals have just one point and direct energy from the base out to the top of the pointed side of the crystal. They can be used as wands or placed in the center of a crystal grid. They are often used to point or direct energy in a specific direction. An example would be to use a single terminated crystal to send healing energy to a specific part of the body. They are also used to expel negative energy by pointing the terminated end away from yourself and focusing on releasing any toxic or negative energy.
Double terminated crystals are useful in any application in which you want the energy to flow in both directions. They act as a magnifier for energy as it flows from one point to the other. They are often used in crystal grids and are the perfect tool to provide insight during meditation.
Click here to view all Gemstone Specimens.