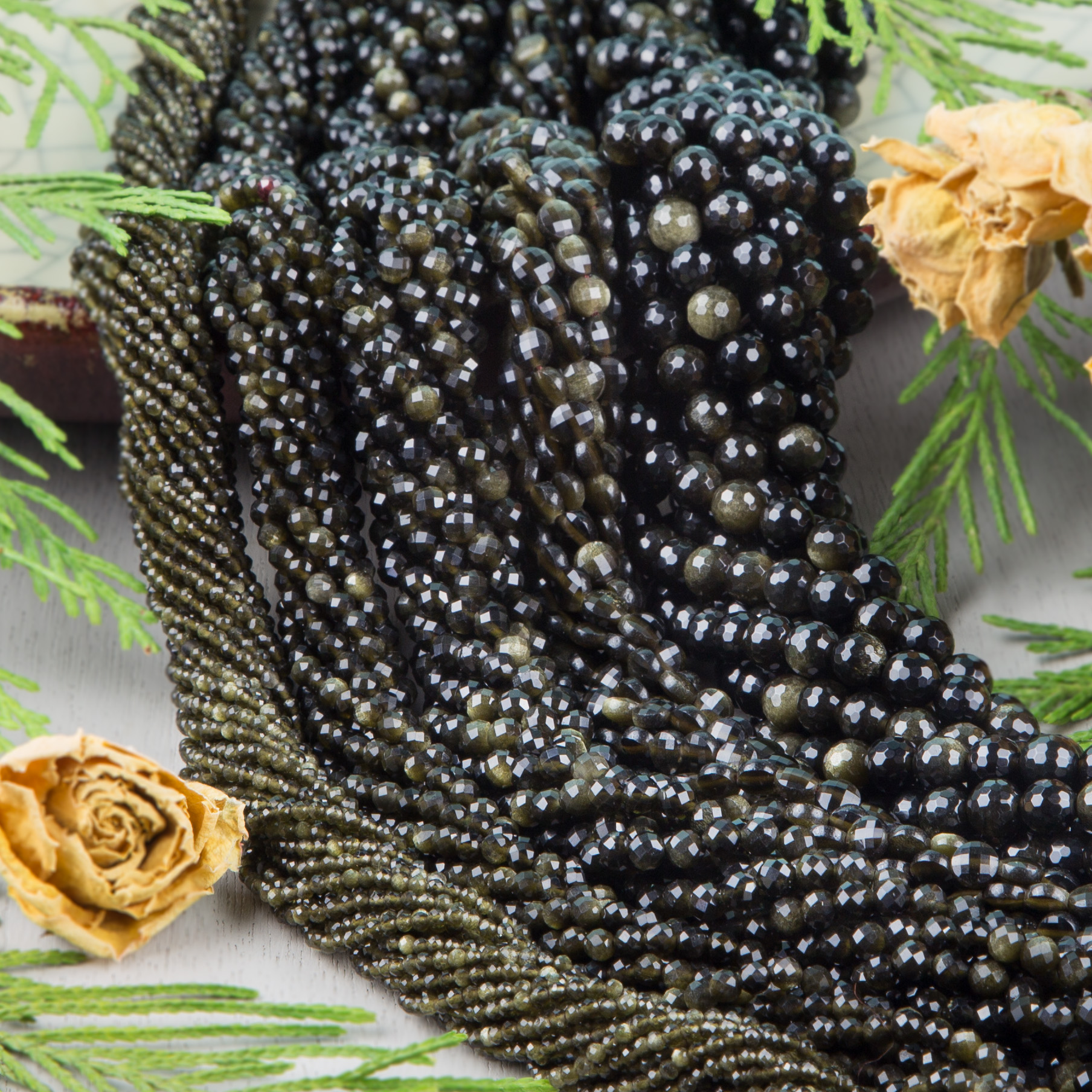 Golden Sheen Obsidian, or simply Golden Obsidian; got its name from an ancient Roman explorer named Obsius, he was gifted the mystical black shiny sphere by an Ethiopian woman names Xenia who had originally found the stone in a volcano. This stone is also sometimes called the “wizard stone” because it has been used since ancient times in many magical practices. Polished Obsidian mirrors and spheres were used for scrying and Nostradamus it is reputed to have used a Black Obsidian sphere for scrying. This magical stone is silica-rich and is formed when lava is cooling rapidly. The chatoyancy (or glittering effect) is created by the bubbles of air trapped under the stone's surface. Obsidian activates the Base and solar plexus chakras and is said to create a protective shield that deflects negativity and repels attempts of others to assert their power over you, it can also help to amplify manifestations, allowing one to connect and tap into their full potential.