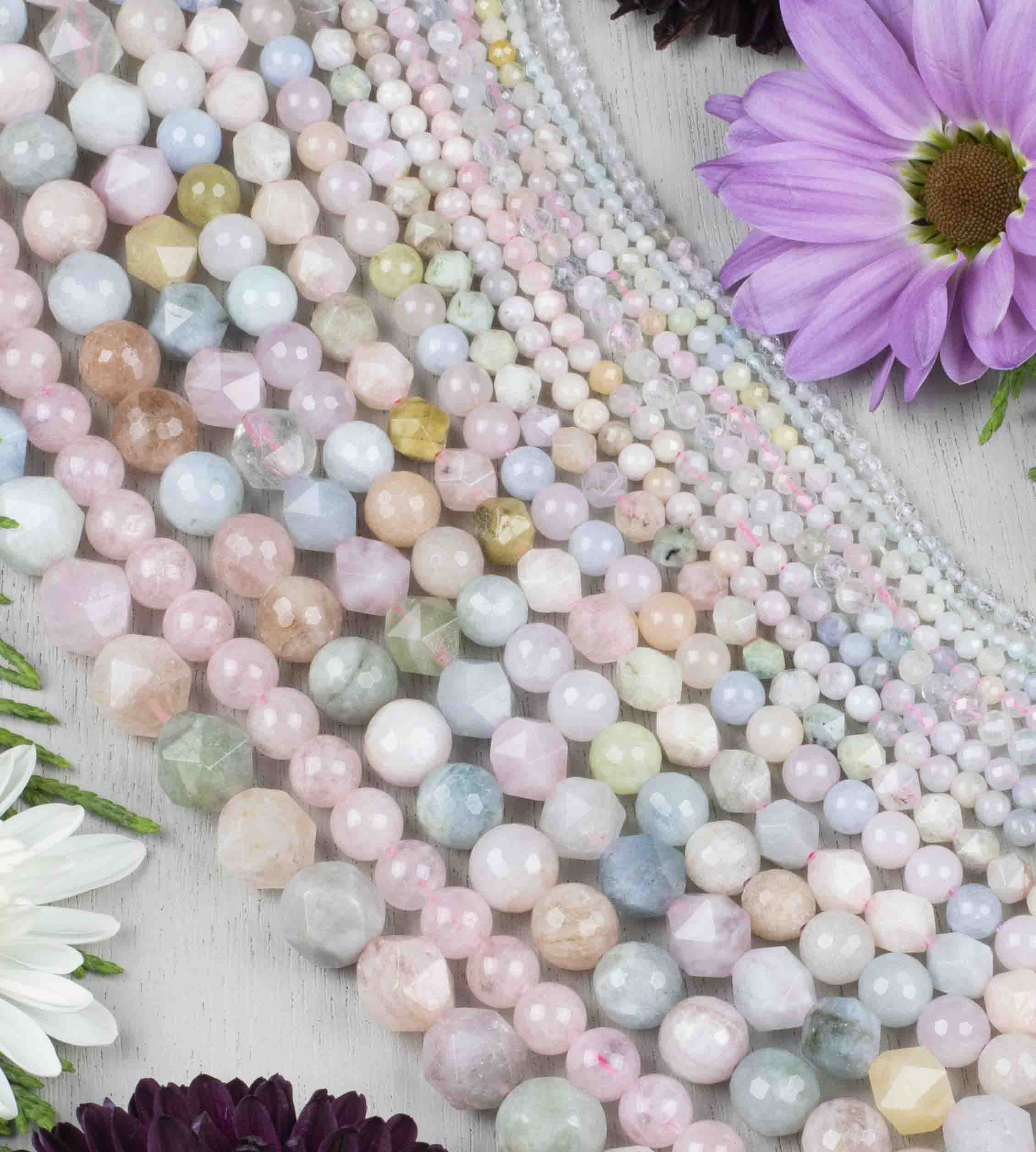 Morganite is a beautiful pastel pink that symbolizes empathy, justice, and equality. It is most commonly sourced today in southern Brazil, but was discovered in the Pala Native American Reservation near San Diego, California. Morganite is a Beryl crystal, a sister stone to other Beryls like Emerald and Aquamarine. First discovered in 1910, this stone was named after American banker and gemstone collector J.P. Morgan. Morganite would be a great symbol for anyone who is navigating legal or financial agreements, such as new business owners, since it represents fairness. It is also thought to open the heart chakra which is linked to self-expression and overcoming negativity.

Morganite is a rare type of Beryl, like Emerald and Aquamarine, and was first discovered in 1910, at Pala in California. Named for J.P. Morgan, the American banker and gemstone collector, Morganite has been adopted as a professional stone of lawyers for ensuring fairness. It is a great stone for new business to gain a foothold in the market, and is the perfect talisman to take to meetings with bank managers and accountants to receive fair treatment. All Beryl's, including Morganite represent purity of being and actualizing potential. Morganite encourages fair treatment to others, especially those with mental or emotional problems or physical illnesses that make them hostile to others. Morganite opens and heals the heart chakra, helping to overcome fear, resentment and anger, and in recognizing unfulfilled emotional needs and feelings which have gone unexpressed.