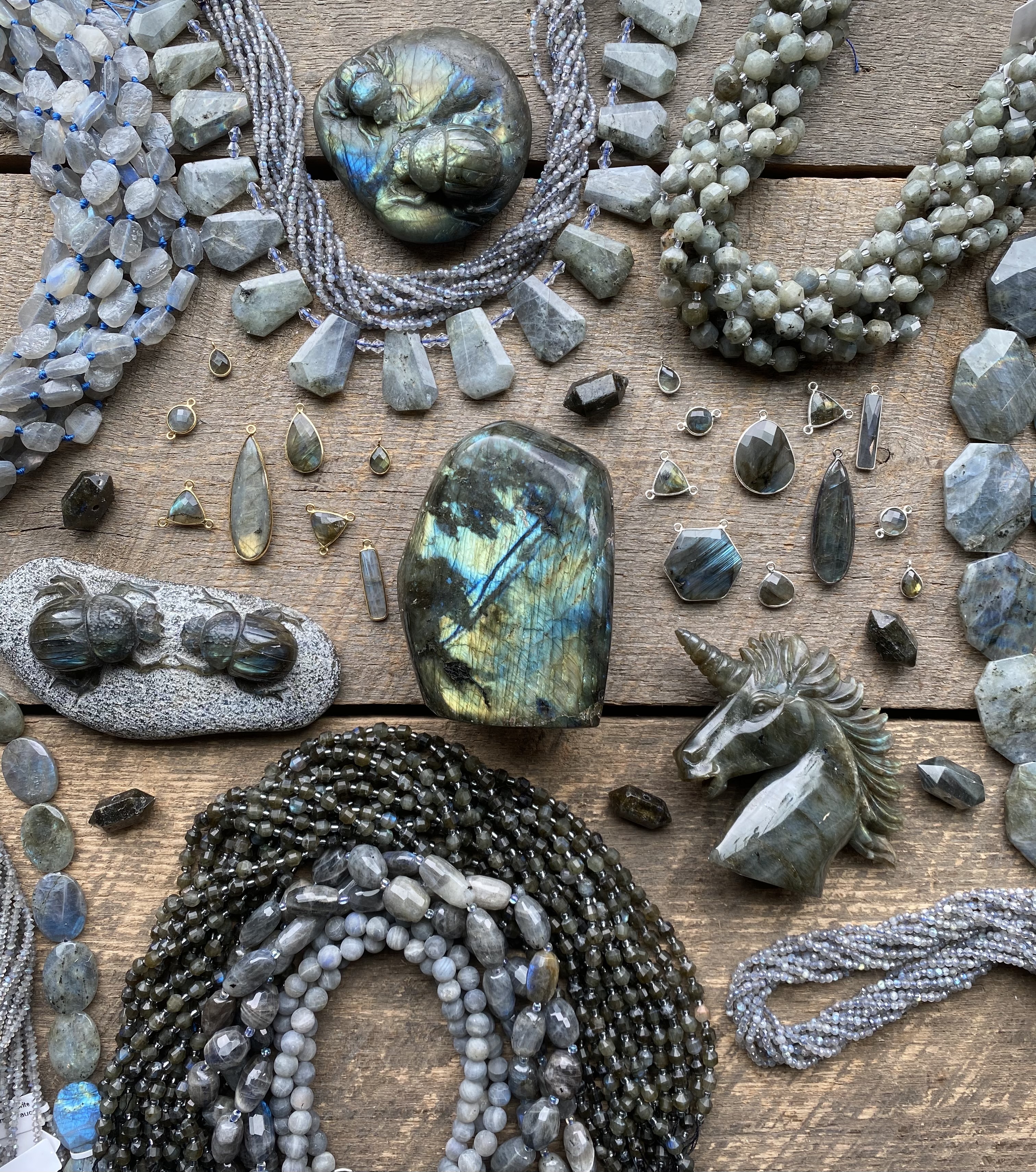 Labradorite is a feldspar mineral, that has an iridescent optical effect called Shiller that was coined as "labradorescence." Labradorite was first discovered in Labrador, Canada in 1770. It can also be found in Madagascar, China, Australia, Slovakia and the USA. Legend claims that the northern lights were trapped in the rocks found on the coasts of Labrador, when a traveling Eskimo warrior came along and freed them with his spear, creating the northern lights.
Labradorite symbolizes personal growth, especially self-discovery and releasing unhelpful beliefs about ourselves. For those of us who struggle with deeply-held insecurities, labradorite represents letting go of those thoughts and embracing the unique beauty of who we are. Use this stone on the crown or brow/third eye chakra to tap into your higher being and help dreams become reality. Labradorite is thought to help us get back in touch with our identity, which makes it ideal for navigating transition or tumult in our lives. It also a powerful stone for those who have difficulty sleeping. When it is used in the bedroom either above the head, worn, or on your nightstand it can help ease restless thoughts and get you to sleep quicker.

Labradorite was named after Labrador in Canada where it was first found in 1770 on the Isle of Paul, near Nain. Legend claims that the northern lights were trapped in the rocks found on the coasts of Labrador. A traveling Eskimo warrior found these rocks and with his spear freed the lights, creating the northern lights. Labradorite is said to aid in awareness, clairvoyance, perception, and ingenuity. It can provide a quick relief from stress and worry.