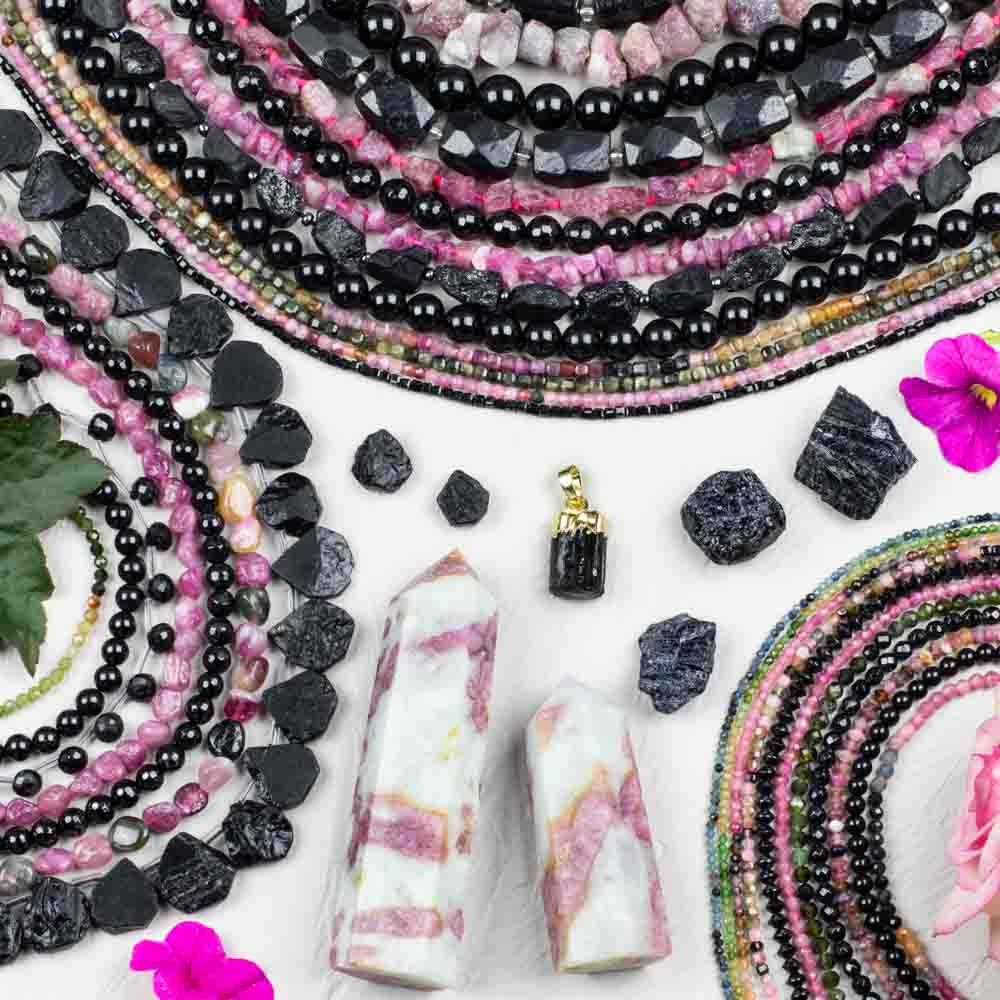 Tourmaline is one of the most colorful minerals on earth, made of crystalized silicon. The most common variation of Tourmaline is black, although Tourmaline can occur naturally in a full rainbow of colors!

Originally discovered in Saxon Germany in the 15th century, Tourmaline is most often sourced today from Pakistan, Tanzania, Nigeria, and even the U.S. states of Maine and New Hampshire. Tourmaline stones occur in many different colors, which is why this stone was named for the Singalese word “tourmali” meaning “mixed stone.”

Black Tourmaline is one of the most popular healing gemstones among the metaphysical community due to its purported protective and healing properties. This stone is widely believed to block out negative energies and EMFs.

Tourmaline is a crystal silicate mineral and depending on the color it can be used for the base, throat and heart chakras. Tourmaline is a powerhouse healing and protection stone. It attracts inspiration, compassion, tolerance, and prosperity while balancing the right-left sides of the brain.