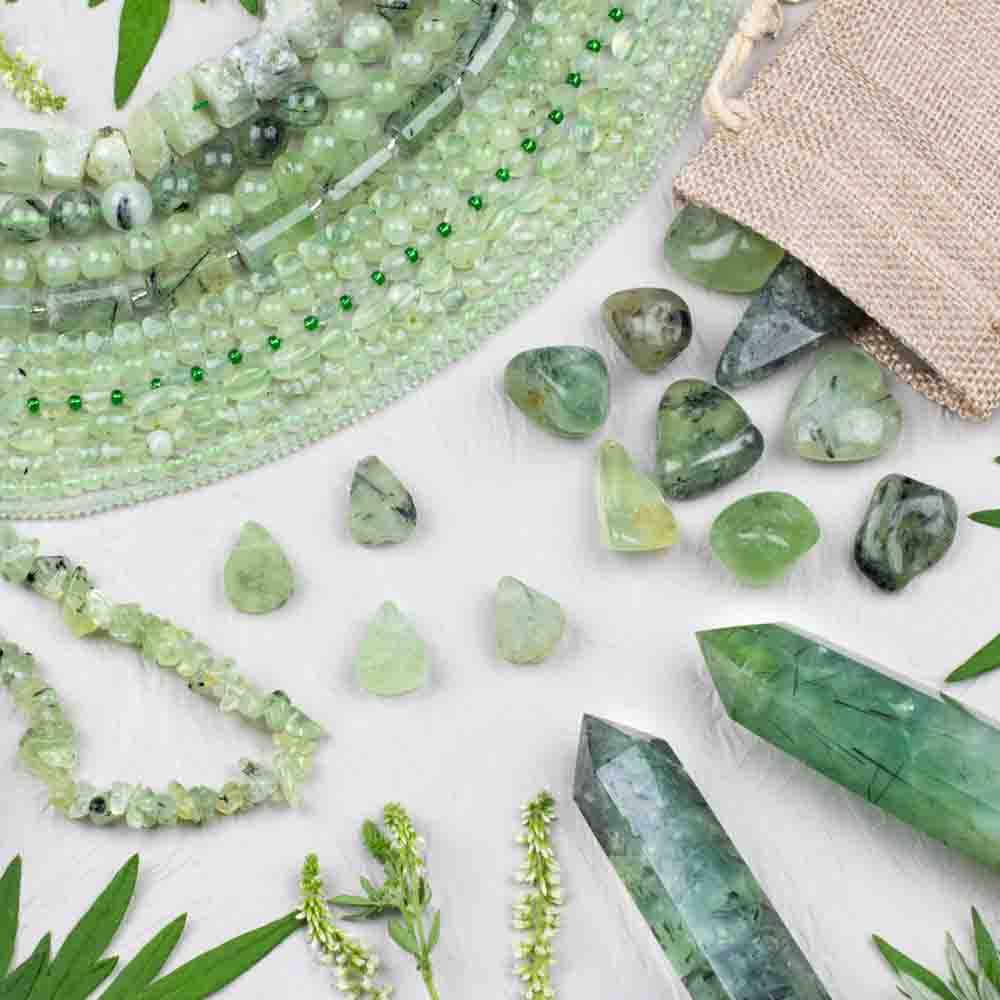 Prehnite is a semi-translucent mint green with dark epidote inclusions and sometimes needle-like tourmaline inclusions. In jewelry design, Prehnite coordinates with both gold and silver metals. It also matches well with Clear Quartz and other green gemstones like Chrysoprase and Jade. This stone is most often sourced from South Africa, Namibia, and Australia. Prehnite is named for Dutch colonist Hendrik Von Prehn, who first discovered and indexed this gemstone in South Africa in the 1780s. Among the metaphysical healers, Prehnite is thought to enhance calmness during meditation or visualization practices. Prehnite is also believed to hold healing properties that support people in reaching their best selves and building resilience against negativity.

Prehnite is an inosilicate of calcium and aluminum. It is a translucent green stone sometimes containing dark needle-like inclusions. Its first mention in history was around 1788, where it was assumed to be found in Karoo dolerites of Cradock, Eastern Cape Province, South Africa, but has since been found in Australia. It was named for Colonel Hendrik Von Prehn who was a commander of the military forces of the Dutch colony at the Cape of Good Hope from 1768 to 1780. Prehnite helps balance the solar plexus chakra and the heart chakra and is the ideal when used in meditation, or during times that require self-discipline, it evokes a stable and calm mindset.