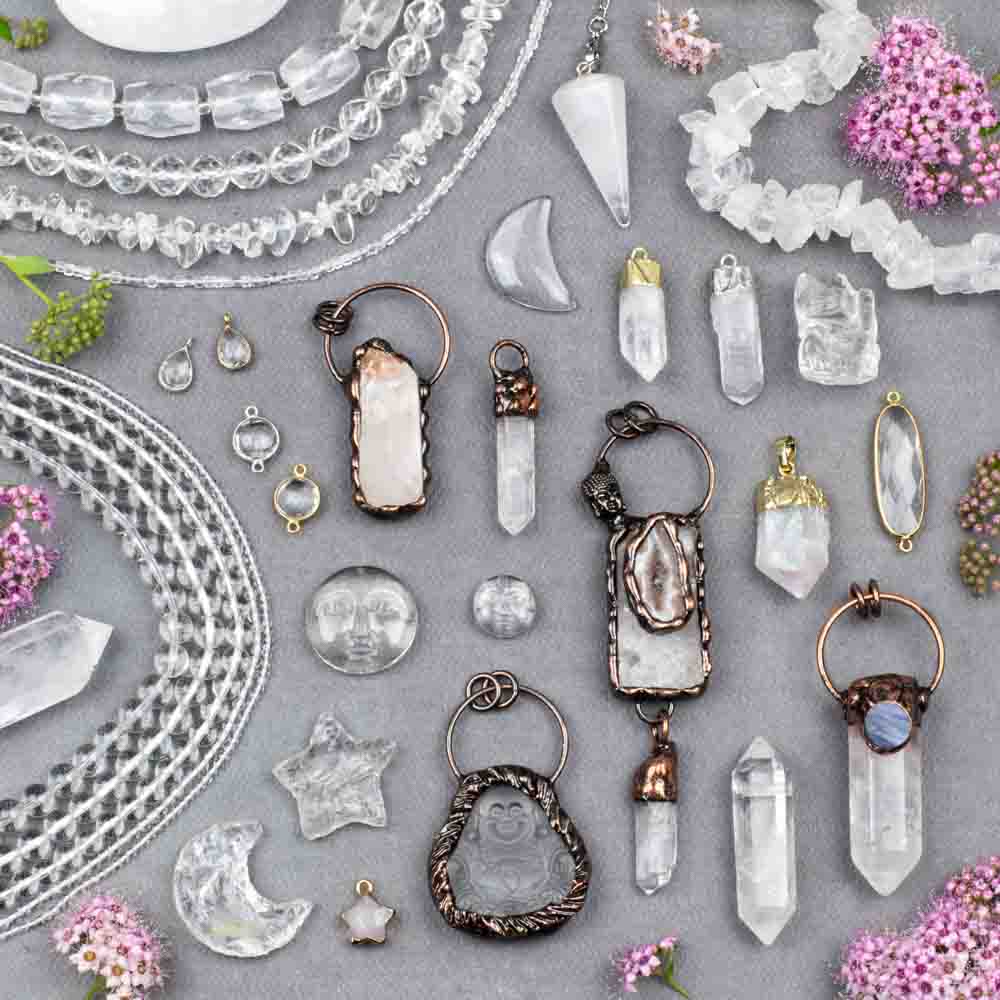 Clear Quartz is a clear crystal gemstone known as the “Universal Crystal.” This stone is extremely popular among jewelry designers since it can coordinate with almost any other gemstone. Clear Quartz looks great with silver, gold, copper, and rose gold metals.

Clear Quartz is an abundant crystal found in all corners of the Earth. Most Clear Quartz sourced for beads and specimens comes from the United States, Brazil, and Madagascar.

Since Clear Quartz is so common in nature, many cultures throughout history have lore related to this stone. The term “crystal” comes from the Ancient Greek term “krustallos,” meaning icy or cold. This is because Ancient Greeks believed that Clear Quartz was a permanent version of ice.

This stone is said to have a powerful metaphysical vibration and is used by healers to purify energy. Clear Quartz is believed to enhance the properties of all other gemstone crystals and heighten our own spiritual connection to crystals.

Citrine is a type of quartz crystal that ranges from pale yellow to warm gold. The name is derived from the Latin word "citrina" which means yellow. In jewelry design, Citrine looks great with neutral and warm toned gemstones, including Sunstone, Moonstone, Clear Quartz, and Yellow Tiger’s Eye. Citrine can coordinate with both silver and gold metals.

Most Citrine is sourced from Brazil, but it can also be found in Madagascar, Russia, and Bolivia.

Metaphysically, Citrine is said to hold properties that attract wealth, financial abundance, and career success. Many gemstone enthusiasts believe that citrine can be used as a manifestation tool since it is believed to attract positive energy.